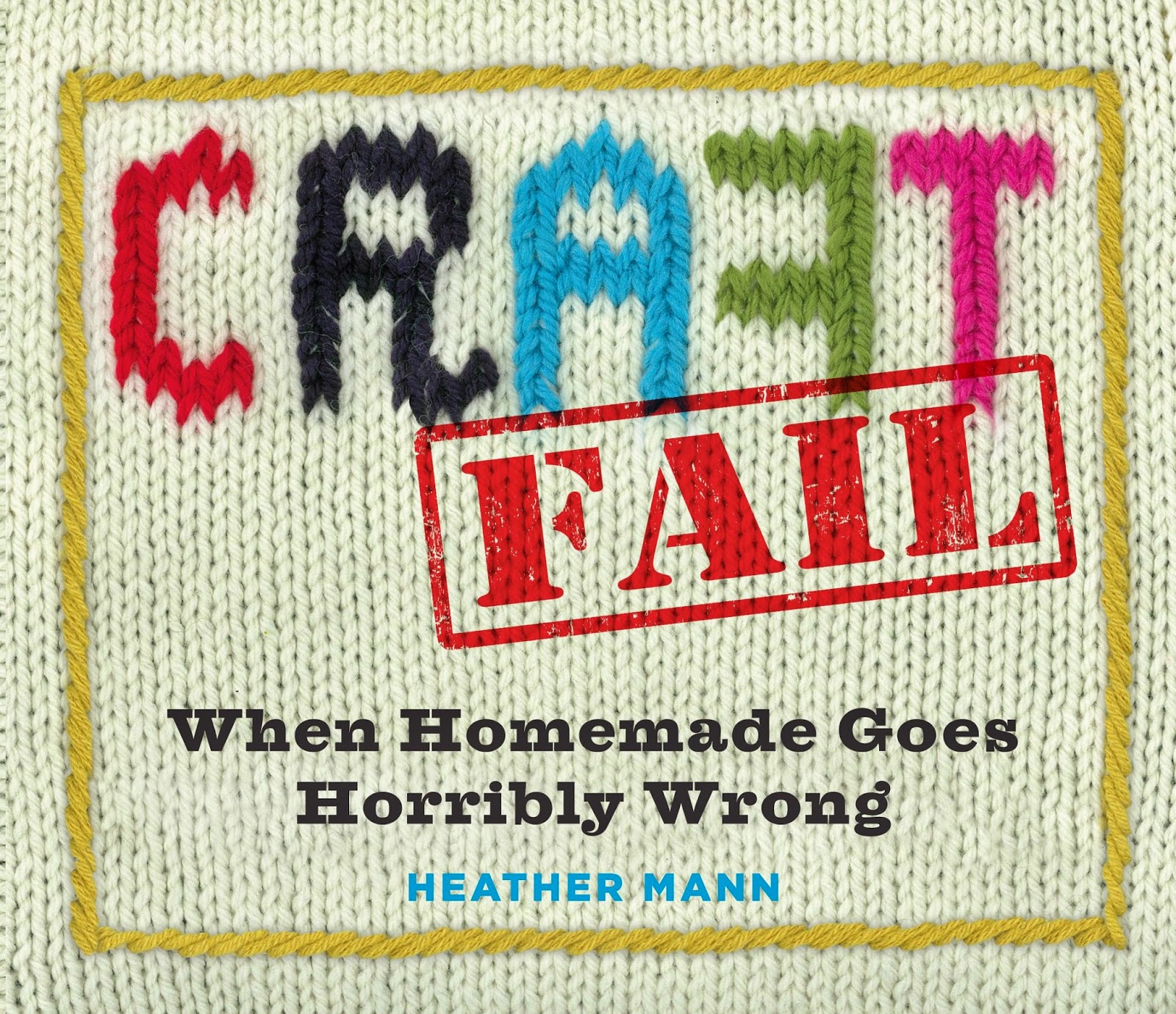 It has happened to all of us...we try to make that thing we saw on somebody's blog, that cool idea we found online...and we fail. Big time.

Heather Mann, founder of Dollar Store Crafts, has been helping crafters celebrate their craft fails for a few years now.

Some of the epic fails from her popular website are now available in a wonderfully hilarious book:  Craft Fail - When Homemade Goes Horribly Wrong.

The aspirational and the actual are shown side by side on each page - the contrast is totally hilarious! With each fail, you get some great tips for what NOT to do, too. And the writing is really, really, well... real.

Some of the more colorful descriptions given to these craft fails include:

This is one of those books you keep on the coffee table (or the top of the toilet tank) and flip through whenever you're feeling frustrated or completely inept or you just need a giggle. It's so so so fun!

"Craft Fail is a celebration of the creative process," says Heather. "But unlike those perfect magazine shots and idealized online inspiration boards, we showcase the gruesome underbelly of the creative process. I do not want anyone to be discouraged from trying, but instead be encouraged by the society of creative failers who are brave enough to share their craft blunders. In my eyes, craft fails are beautiful, because they are the tangible evidence of the learning process."